The Fifty Flags game that I originally developed in late 2013 has been completely redeveloped from scratch.  The original version really wasn’t much of a game, and it was developed just a few months after I started learning Unity.  Almost four years later, I’ve learned so much more and developed a much entertaining gaming experience.

In this remake, the flags are displayed on the right side of the screen one at a time.  You must click on the state represented by that flag.  The states are hightlighted as you move your pointer over them.  After correctly identifying all fifty flags, the amount of time to pick each state correctly is displayed.

There is an easy mode and normal mode.  Easy mode displays the name of each state at the top of the screen.  Normal mode does not display the name of the state, and state names are removed from the flags.  Completing the game on normal mode will allow the player to submit their name to the leaderboard screen. 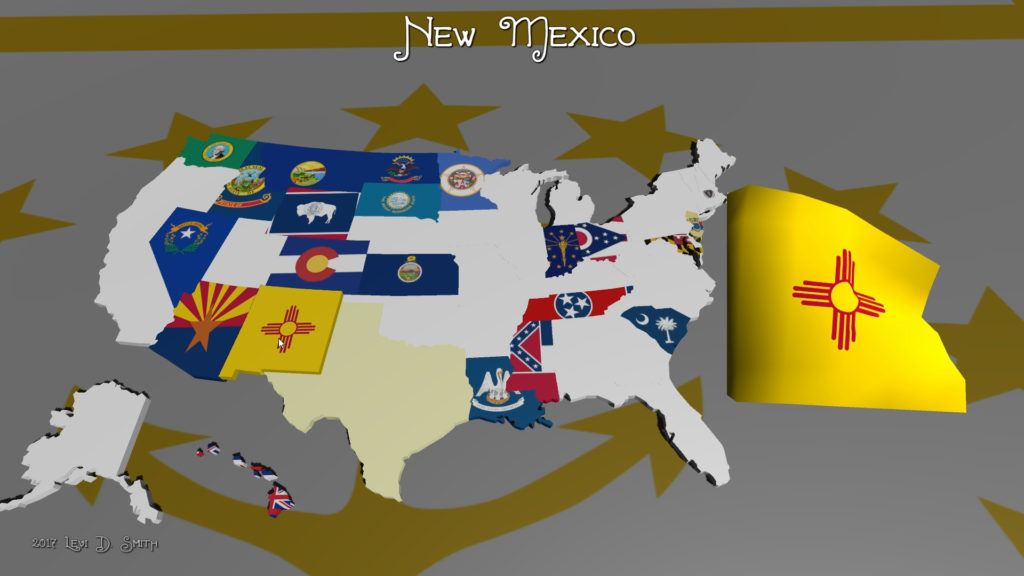 The music for the game and title screen is an electronic remix of America the Beautiful, which was composed using GarageBand for the Mac.  Sound effects were created with Bfxr.

A custom Unity shader was created for the flags, so that the faces display on both sides.  Transparency was required for the Ohio flag, since it is not a rectangle.  The current flag is also scrolled in the background using texture offsets.

Right clicking will allow the map to be zoomed, which is helpful for selecting the New England states in the northeast.  The state map was created in Blender.  The states were created by following a picture guide of the United states map.  Vertices were extruded and edges were cut to create all of the states.  Then each state was made a separate object.  All states were anchored to the (0,0,0) world position, which keeps the map intact.