The latest updates and documentation can be found on the Unity Build Tool wiki page.

One of the biggest problems with having 59 Unity projects is keeping them all up to date.  I knew many of my Unity projects were out of date and needed to be updated to the latest version of Unity, but I didn’t have a good method for detecting which ones.  I had previously developed build and upload scripts in Ruby to create Windows BAT files to compile a project for Windows, MacOS and Linux and upload those builds to Itchio using Butler.  However, those BAT files could not make Unity WebGL builds.

The Unity Version Tool that I developed solves these problems.  It was developed in Ruby using the GTK+3 graphical libraries. 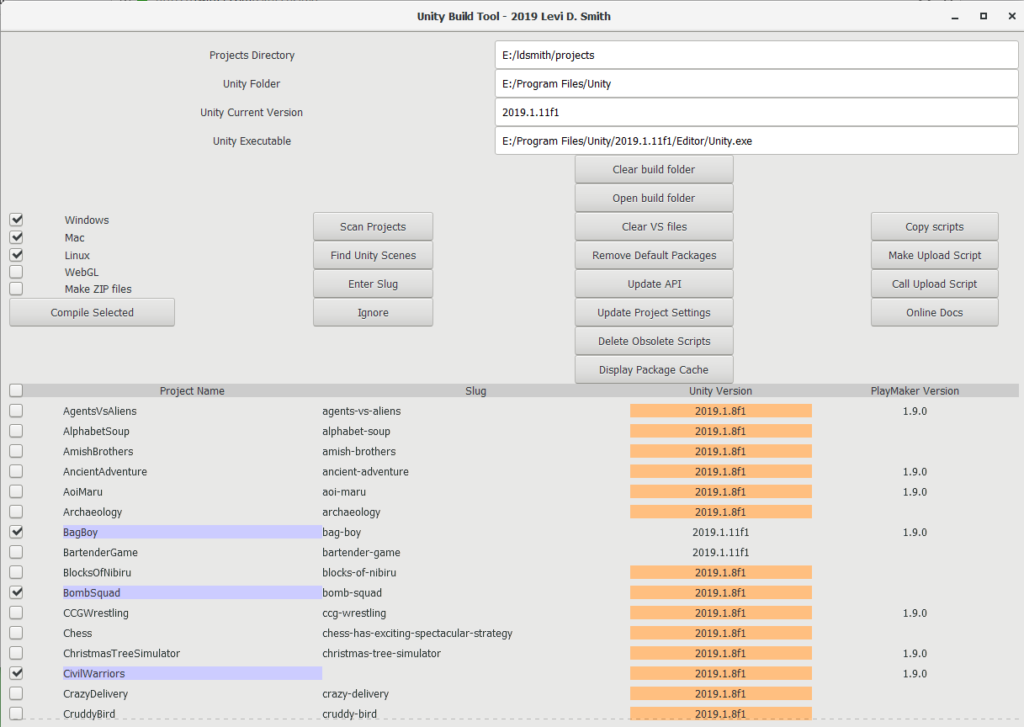 Using this tool, it is possible to compile multiple project for a selected platform at once.  This is a process that had previously taken me hours or days for WebGL projects, since each project would need to be opened, updated, platform setting changed, and then compiled.  It still takes a long time, but at least now I can kick it off before going to bed and just let it run.

Download the Unity Version Tool  (Ruby and GTK+3 required to be installed on system, which is not included)