With a new version of Unity, means that more of my PlayMaker games are now broken.  I believe I can now reproduce the steps which will most likely put you in the position to save a PlayMaker game after the latest Unity update.

If your game was using a newer version of PlayMaker, you my just need to do the following steps.  This was tested with a Unity project using PlayMaker 1.8.2.

For older versions of PlayMaker, it may be necessary to reinstall PlayMaker completely.  Below are the steps I used to recover an older project, by upgrading to PlayMaker 1.8.8 and Unity 2018.1.0f2 Personal 64bit. 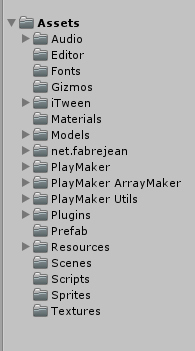 If you are using a revision control system such as Mercurial, the PlayMakerGlobals.asset file can alternatively be restored by finding the file in the current branch and discard the changes.  It seems counter intuitive, but discarding a deleted file is the same as restoring the file.

There is a thread on the Hutong Games PlayMaker support forum, which reported the issue with the references to ProceduralMaterial, so maybe these problems will be fixed in a future release of PlayMaker.