This is the last few weeks of the Dream Build Play 2017 competition, and I’ve decided to put my action-RPG game Myriad on hold.  The game just has too far to go in order to make it a completed game and respectable entry.

In it’s place, I’ve decided to make Turn Back the Clocks 4 my Dream Build Play entry.  Honestly, I’ve enjoyed playing it more than any of the other games I’ve created.  I started working on the game in early November, so using it does not break any rules of the Dream Build Play competition.  Plus, there’s a story that goes along with the development game, since it was originally created for the 0hGame jam in an hour. 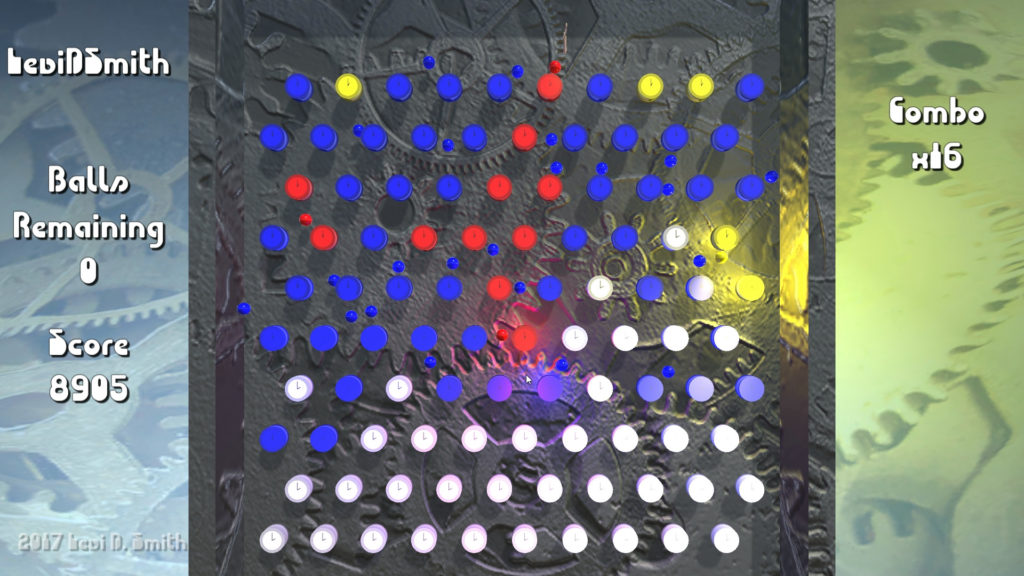 I’ve spent the past few weeks improving the gameplay and graphics.  I feel like there’s just a little more to do to make it a complete game.  I need to fix the way the balls move in the line as they are shot.  Right now, each ball just targets the position to where it needs to move, but that doesn’t work correctly when the balls are shot rapidly.  I would also like to have the score display for each clock hit, in the color corresponding to the ball which hit it.

Modifying the controls to work on XBox One shouldn’t be too big of a problem.  I’ll just need to assign button input events to each of the buttons, like I did with my Kitty’s Adventure game.