Turn Back the Clocks is a series of games that I have developed for the 0h (Zero Hour) game jam. The objective of the game jam is to develop a game during the autumn time change, so development starts at 2am and ends at the same time, 2am. For the last two games, I have improved upon the game after the competition is over.

Turn Back the Clocks 2

This was a simple game where you press each of the clocks to set the time from 2 o’clock to 1 o’clock.  The color of the clock changes from red to green as you press them.  The clock reverts back to its original state after a period of time.  This game was developed for 0hgame jam 2014. 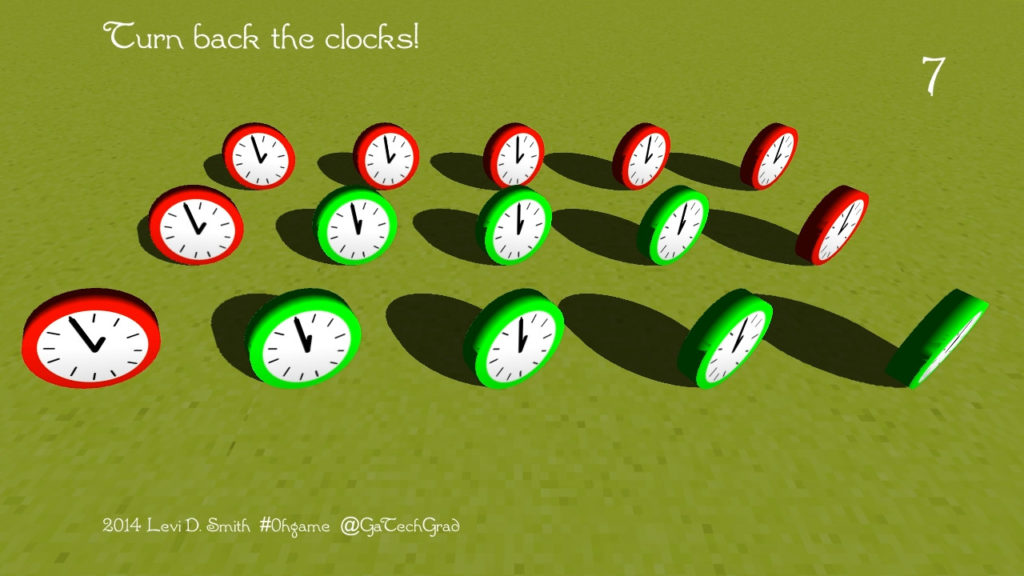