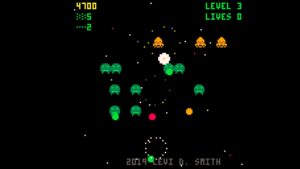 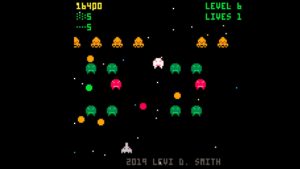 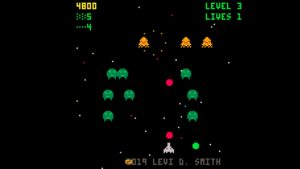 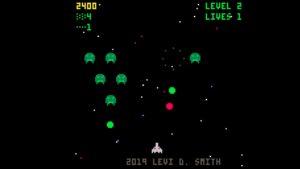 Space Shooter Improved is a Pico-8 game that I developed as an example for the Knoxville Game Design talk in July 2019.  It is inspired by classic space shooter games such as Space Invaders, Galaga, Galaxian, and Titan Attacks.

The basic gameplay is moving your ship to avoid the enemy aliens and their projectiles.  The game currently has three types of enemies.  The green alien moves back and forth horizontally.  The orange alien moves in a straight line horizontally and wraps around the screen.  The hot pink alien is stationary, but takes two shots to destroy.

There are seven levels in the game, and the game loops back to the first level after completing the last level.