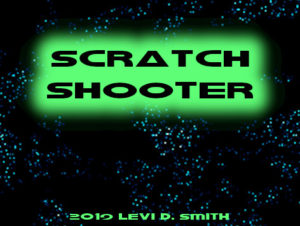 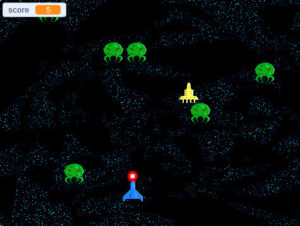 Scratch Shooter is a simple space shooter game created in the Scratch game development environment.  This game was created as an example for the November 2019 Knoxville Game Design meeting.

Enemy creatures continually spawn at the top of the screen, and gradually move downward over time.  Enemy ships will float down from the top in a curve motion.