Manifest Universe is a space trading game that I developed.  It simulates the gameplay of classic BBS DOOR games like Trade Wars 2002.  The player can land on planets and ports, loading resources into their ship.  Warp between the sectors and explore the entire universe!

This game was my first attempt at using SQLite as a data store for a video game. 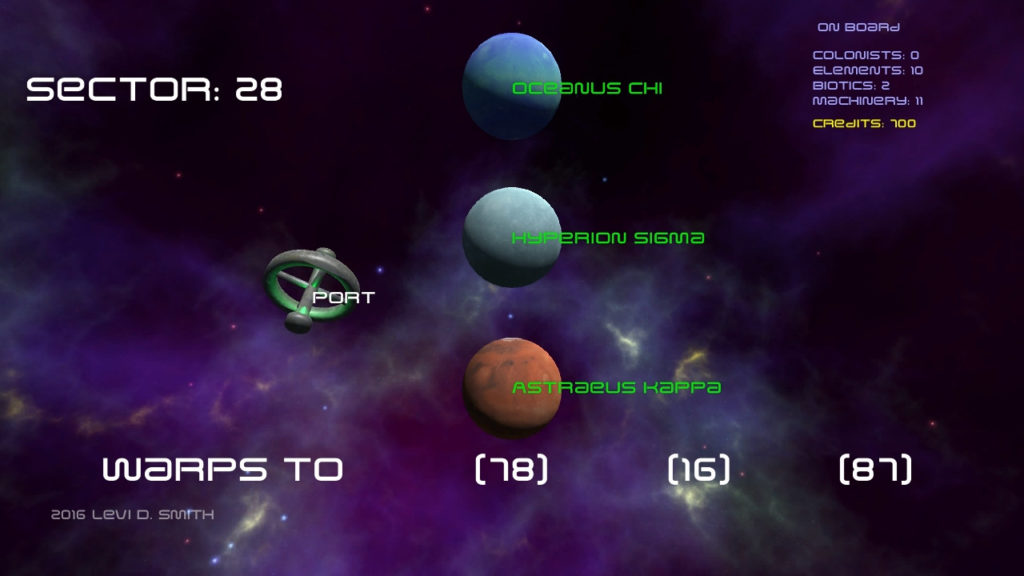 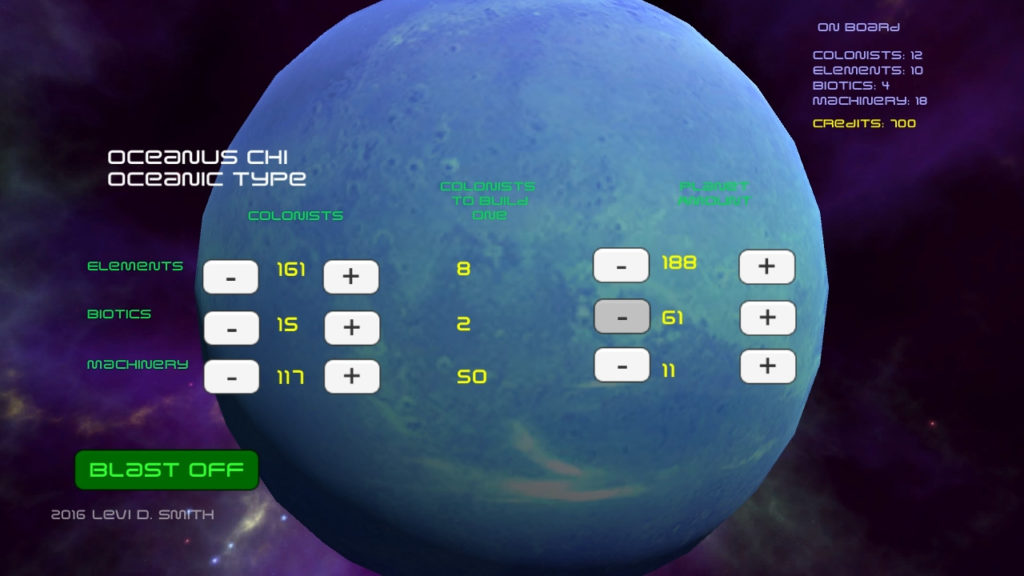 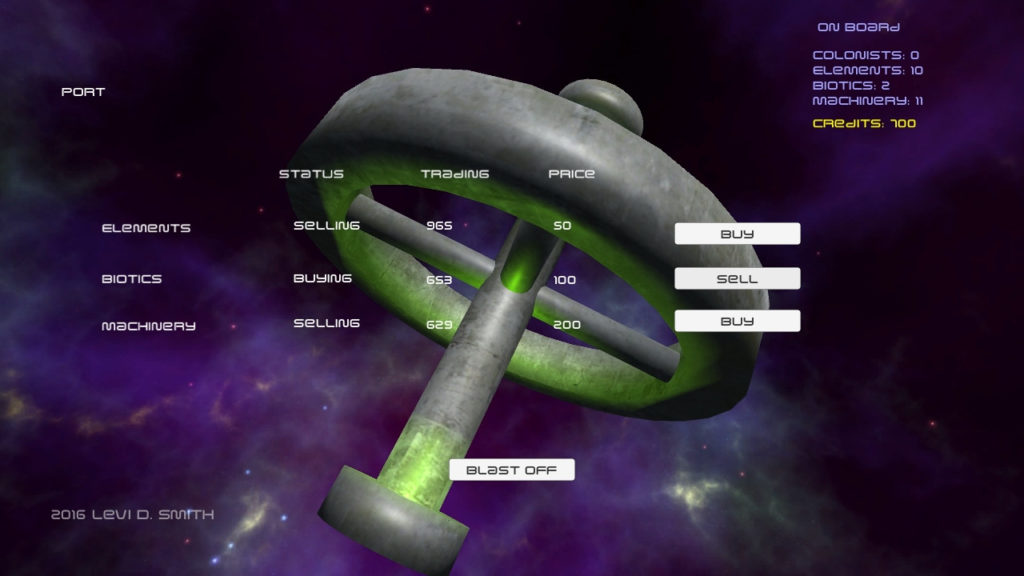 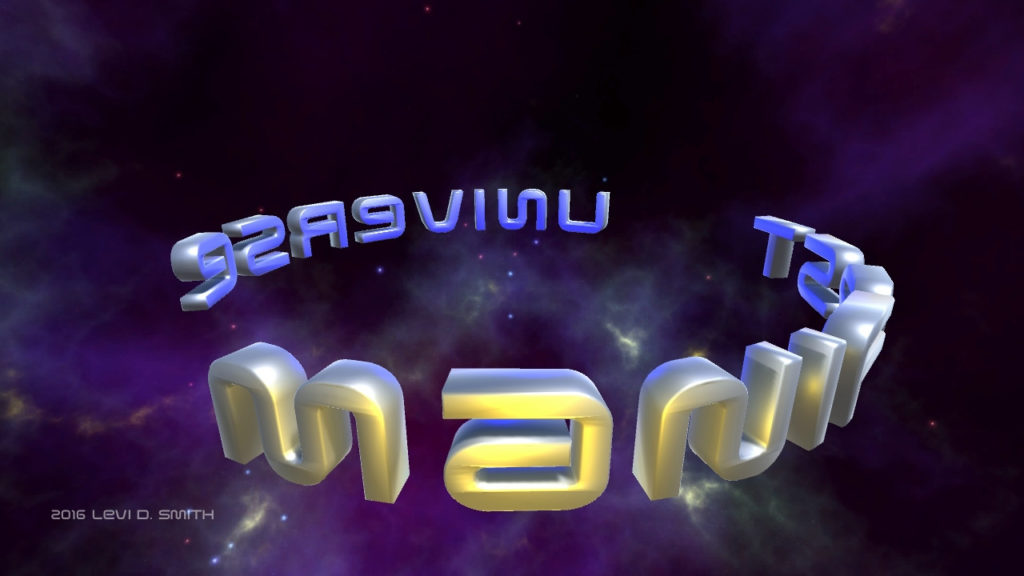