Ichiban Sokoban is a sokoban game that I developed in Unity.  Use the robot to push the crates into the goal areas.  Try to finish the levels in the lowest possible number of moves.  If you get stuck, you can reset the level and try again. 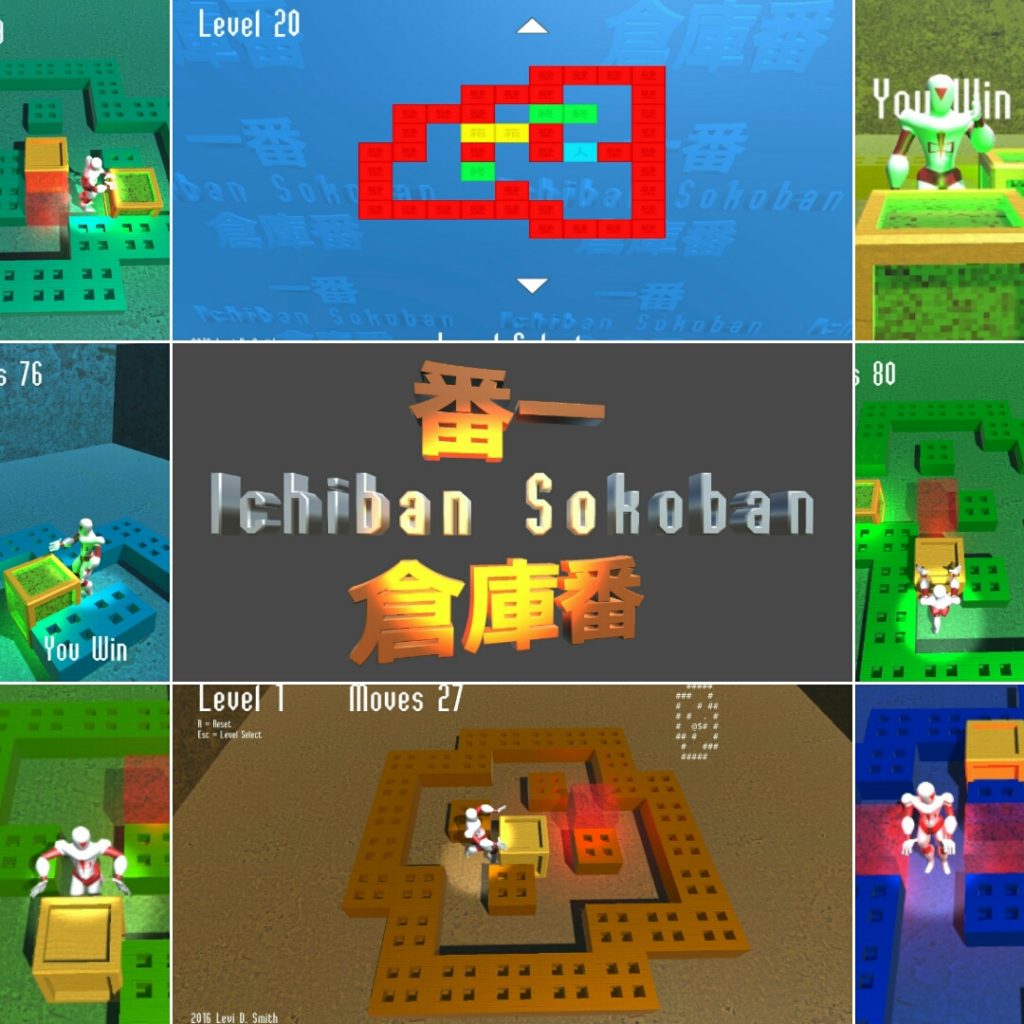 I developed Ichiban Sokoban for the Mini LD #67, which had the Classic Mashmix theme.  One of the suggested games to remix was Sokoban.  I had developed a sokoban game years ago in Java for a college course.

I started developing the game by creating a simple Board class in C#, which basically just held the textual representation of the game (I changed the chars to ints for simplicity).  When the player presses an arrow key, it updates the Board, not the game world.

The game can parse levels in the standard sokoban text format.  I’m hoping to write a file importer so that players can load their own levels.

I’ve been developing Ichiban Sokoban on the nights and weekends for about two weeks now.  I’m really happy with what I have developed.  The game seems to be received well on GameJolt, as it has quite a few downloads for a desktop game and some positive votes.

I got the file importer working, which reads out of the default application directory using the Application.dataPath variable, with “/maps” appended.  I had to write some extra code to verify the the file extension ends in “.txt”, otherwise it will try to read the “.meta” files that Unity adds by default.

I am also in the process of adding a timer and best move and score values.