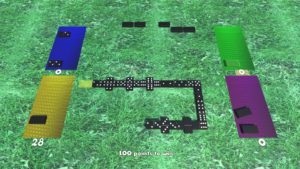 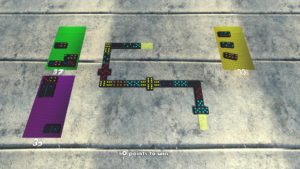 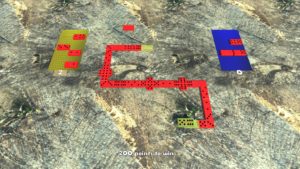 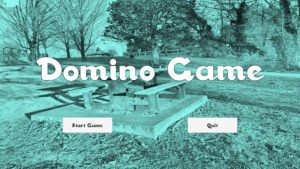 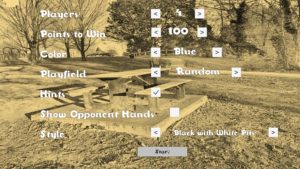 Domino game is a fully functional domino game that follows draw domino rules.  Various options have been added to the game.

The game is played in rounds, where the player to use all of the dominos in their hand wins the game.  The winner is awarded the value of the dominos in all other player hands.  The number of points to win is set before the game, which can be 50, 100, 150, or 200.

There are four playfields in the game, which are the table, grass, tree stump, and sidewalk.  A random option is also available, which randomly picks a playfield after every round.