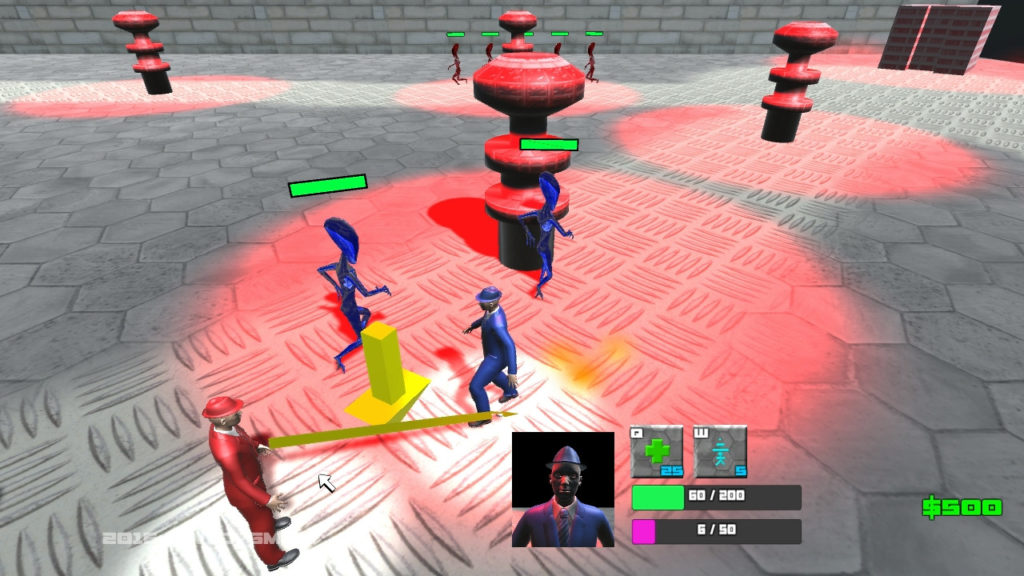 Agents vs Aliens is a MOBA (multiplayer online battle arena) style arena game, where you control either the agents or aliens to conquer the battlefield.

Minion – AI controlled teammates that move along one of the three paths.  Minions will attack towers and cores when they are near.