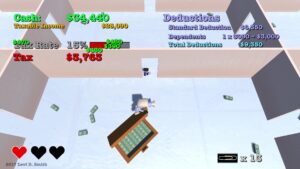 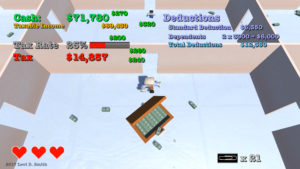 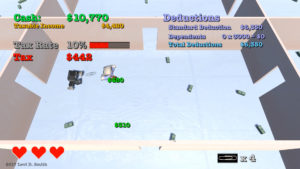 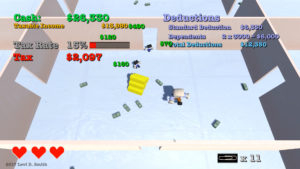 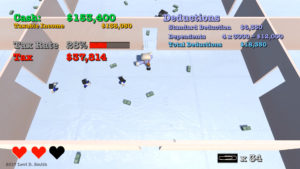 Irwin McSpenders is on a quest to become the greatest tax accountant in the world. Help him gather as much money as possible. Unfortunately, the more money you have, the worse the taxes are on him, as he will be placed in higher tax brackets as his income rises. Therefore, you must help him rescue the dependents to get a big deduction. Beware, the government tax agents are lurking everywhere, and they are targeting Irwin McSpenders for a big audit! Gather boxes of paperclips, and use the paperclips to send the evil agents from whence they came. Help Irwin make his way to the exit of the office building, so that he may claim the title of greatest tax accountant in the world!

I tried to simulate the tax calculations as closely as possible, by using real 2017 values and formulas data for tax brackets, deductions, and taxable income.