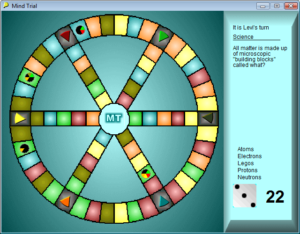 Mind Trial is a trivia game that I developed in Java at Georgia Tech back in 1999. The starting screen allows players to enter their names and choose a difficulty level. The player’s name displays during the game, but the difficulty level was never implemented. Each player rolls the die and moves the number of spaces according to the roll. 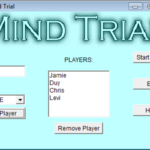 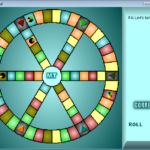 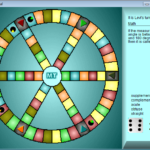 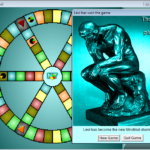