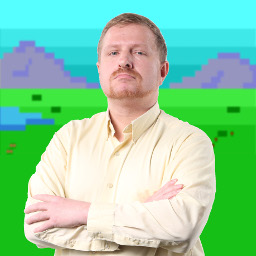 Levi D. Smith earned his bachelor of science in computer science from Georgia Tech in Atlanta, Georgia in 2002. He completed his master of science degree in industrial engineering at the University of Tennessee in Knoxville, Tennessee in 2008. Currently, he works in the Knoxville area as a software engineer. As a hobby, he creates computer games for competitions such as Ludum Dare. He has games published on the XBox 360 Live Indie Game (XBLIG) marketplace, the Windows Store, and Google Play. He was featured in the local Knoxville MetroPulse entertainment paper along with other developers in the area. He occasionally speaks at local technical gatherings such as CodeStock, DevSpace, and Knoxville Game Design. He is active in arranging alumni events for the Knoxville Georgia Tech club. He enjoys studying the Japanese language and listening to J-Pop music.